What is Microsoft Excel?

What is Microsoft Excel?

Excel is a computer program developed by the Microsoft company for Windows, macOS, Android, and iOS. It is a part of Microsoft Office which includes other programs such as Word and PowerPoint, Access, etc.

What is Excel for?

Excel is distinguished from all other office programs because it allows us to work with numeric data. We can perform basic arithmetic calculations with the numbers stored in Excel. We also apply more complex mathematical functions or use of statistical functions.

Excel makes it easier for us to work with numbers and allows us to easily analyze them. It generates reports with tools such as graphs and dynamic tables.

A Brief History of Microsoft Excel

In 1982, Microsoft entered the field of electronic spreadsheets with the launch of its Multiplan product. At that time there were already two competitors that were strongly positioned in the market. SuperCalc from the company Sorcim and VisiCalc from the VisiCorp company, so it was not a simple task for Microsoft to gain a bit of a market.

That first version of Excel was made exclusively for the Macintosh platform, but two years later, in 1987, Microsoft released Excel 2.0, which is already considered a version for the Windows platform. From that moment, the Microsoft spreadsheet began its growth to become the most used spreadsheet of all time.

Excel belongs to the category of computer programs known as a spreadsheet. The spreadsheets were developed since the 1960s to simulate paper accounting worksheets and thus help in the automation of accounting work.

Electronic spreadsheets have been replacing paper calculation systems, and although initially they were created for accounting tasks, nowadays they are used for a myriad of applications where you need to work with tabular data.

Spreadsheets can also perform calculations on data using formulas. To help you find and read the information in a spreadsheet, Excel has many formatting capabilities that can be applied to separate cells, rows, columns, and entire data tables.

Since each worksheet in the recent version of MS Excel contains a large number of cells. Each cell has a unique address known as a cell reference.

As mentioned, each cell in a worksheet identified by a cell address or cell reference, which consists of the column letter and the sequence number intersecting at a cell location. When you write a cell reference, the letter of the column is always written first followed the serial number – such as A1, B5, or E10.

How to enter data in a worksheet?

You can enter data in a worksheet cell in two-steps. these steps are as below: 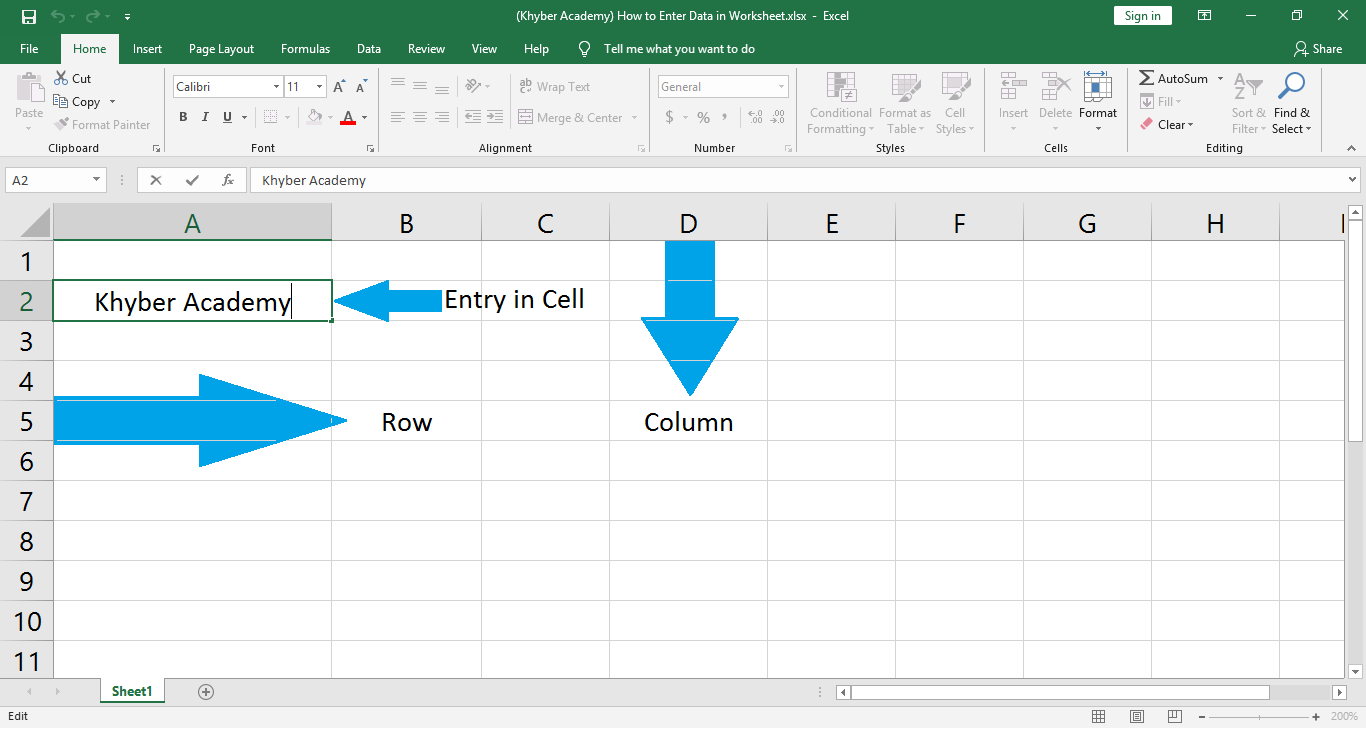 Back to Microsoft Excel Tutorial How to Link Excel Sheet to PowerPoint? 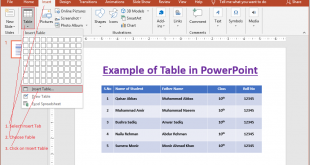 How To Insert Table in PowerPoint? 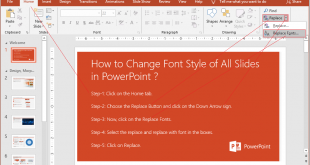 How to Change Font Style of All Slides in PowerPoint? 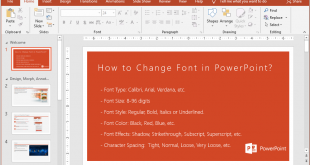 How to Change Font in PowerPoint? How to Add Text in PowerPoint? 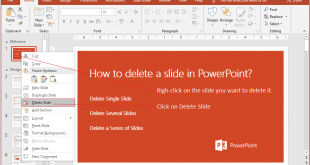 How to Delete a Slide in PowerPoint?